May 22, 2014by Primal MusicNo CommentsUncategorized 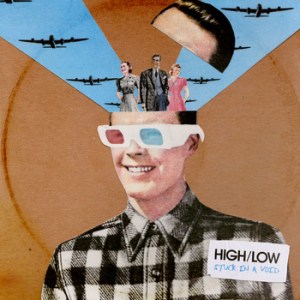 In a time when independent musical creativity seems to be flourishing online and the availability of artists and bands to not only completely oust the dreaded Record Company puppet master but also write, record, produce, master, release and promote their own masterpieces to great applause from their fan base, the world of music as we know it is changing for the good. One such band have taken up the self release mantle and given me a warm fuzzy glow over the past few months by transporting me back to my youth and to days of queuing up outside record stores, in all weather, to buy the latest release on vinyl from my local store, rush home, put it on the record player and listen to a musical genre that, in my opinion, changed the face of music forever!

With a sound Infused with many influences such as Bob Mould’s Sugar, Dinosaur Jr and Sonic Youth, High Low have grabbed me by the cranium and reminded me of the days of Fuzz, Grunge and Alternative Rock.

Hailing from Southend in the UK, High Low have just self released a masterpiece. Full of heavy bass and guitar riffs, pounding drums and outstanding vocals, ‘Stuck In A Void’ continues on from where the band left off with their two previous EP’s, the brilliant ‘Raygun’ and the powerful ‘Forty’, shaking the listener by the throat and making them focus, concentrate and listen! Put simply, this is immense!

From the opening track ‘Night Drive’ through to the first single to be lifted from the album ‘CrashLand’ and on to ‘Mustard Man, Surf Tank, Already Alone, Machines, What Is It?, Altered Beast’, the brilliant ‘Burnt’, ‘No Light’ and album closer ‘Sneakers’, this masterpiece is musical chocolate to the ears of a lost generation and should finally put an end to the doomsayers who still believe that grunge died with Kurt Cobain.

This listener is honoured to have been one of the first set of ears, outside of the bands, to listen to ‘Stuck In A Void’ but I’m also so pleased that I was able to interview them for ‘The Quiet Room’ and I will be following the trail of success that undoubtedly High Low will leave behind them with bated breath and I can honestly say that I am a High Low fan and I can’t wait to stand in line, all over again, to buy their records.

You can order High Low ‘Stuck In a Void’ and find out more about the band here: 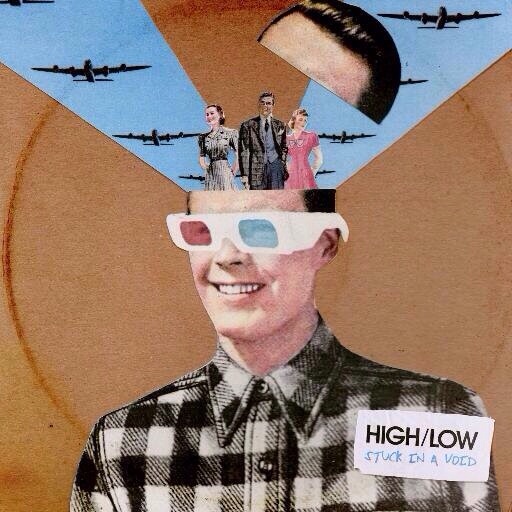