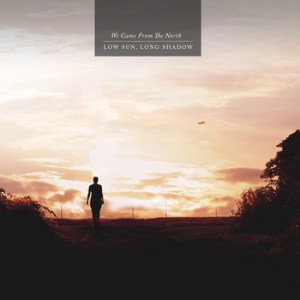 We Came From The North are a Scottish post-rock four piece who’s sound display’s a crisp interpretation of this genre’s formula! Their most recent EP is called ‘Low Sun, Long Shadow’ and it give’s you an excellent example of ‘We Came From The North’s’ near mastery of their skill’s.Their sound is a tight example of a band who’ve got a solid and melodic backbone which allow’s the guitarist to pivot and run into flourishes of beautiful solo’s that make this genre so appealing.They also give us sparkle’s of diversity and originality and outright talent in a genre that has concrete wall’s as guideline’s, just to keep us coming back to listen again, repeatedly!

The album opens with the all too brief  ‘We Grew Old Too Soon’ which get’s off to a gentle start and show’s the band’s skill off well enough without giving away too many surprise’s too early on in this impressive EP. ‘Low Sun, Long Shadow’ isn’t all front, it take’s it’s time in unveiling its many twist’s and give’s the music sufficient room to move and breathe, reaching peak’s of utter brilliant noise & never short of a melody before resting quietly on a close up detailed rhythm with gently worked guitar delay delighting your ear’s!

The second track, ‘Listening Post’ beginning’s has classic element’s of post-rock building from an elegant gentle intro and hook into a beautifully driven melodic piece before unleashing the full force of it’s power while still being poised and graceful. Everything keep’s it’s shape here, there’s no frenzied white noise to induce paralysis on ‘Listening Post’, but instead a brilliantly executed piece of post-rock goodness that surges to it’s height’s of power and dovetail’s back toward’s serenity before flying higher and louder again into it’s final crescendo .

‘Model Home For A Nuclear Village’ is a different beast altogether!  While it still adhere’s to a post-rock ethos, the dirtier fuzz bass and driving beat are brought to the foreground a little more on this fine track which set’s ‘We Came From The North’ a little bit apart from many band’s in this already burgeoning genre. This give’s the impression that they have a much more to offer in term’s of originality and longevity.

The next track, ‘There Is No Such Thing As A Friendly Ghost’, is simply beautiful and show’s yet more strength to ‘Low Sun, Long Shadow’. It is both delicate and destructive! It’s detailed quieter moment’s are joyous and there’s a hint of Animal’s era Pink Floyd bass riff’s which bring an interesting twist to the middle of the track.

‘Secret Piñata Party’ is the closing piece to ‘Low Sun, Long Shadow’ and shred’s it to the core. Whilst the track still showcase’s then band’s impressive ear for a melody and expert knowledge of building towards brilliant peaks! The finale of ‘Secret Piñata Party’ pin’s your ears back and puts you in a force ten gale of distorted guitar’s and attacking drums, with a filthy bass line steering directly toward’s you as the guitar’s wash over them like a giant wave! Check it out below –

‘We Came From The North’ are an impressive Scottish post-rock band who seem to prefer to leave the glitchy sound’s of the delicate moments of ‘This Will Destroy You’ in favour of allowing their ability as musician’s take centre stage.They have a truly impressive sound that’s both melody driven and as powerful as it come’s, while keeping a tight hold on song structure! They don’t fall into phases of noise and chaos but drive hard toward’s powerful and moving hardcore music that stand’s up to repeated hearing. The famous author and fellow Scot ‘Ian Rankin’ has declared himself a fan of the genre via Twitter by continually supporting bands like Mogwai and Explosions in the Sky, he’s also known for supporting Scottish bands in particular. Perhaps ‘We Came From The North’ could benefit from contacting him?, if they haven’t already? There’s a distinct possibility that ‘We Came From The North’s’ impressive force would catch his well tuned ear.

Since releasing ‘Low Sun, Long Shadow’, ‘We Came From The North’ have also brought out a new track called ‘Galena’ .

You can find their work on their  – Bandcamp Page. 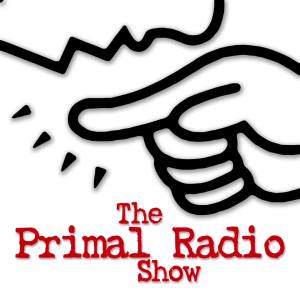 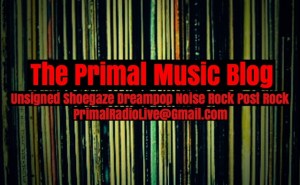