UNDER THE SPOTLIGHT | The Marbles Jackson. 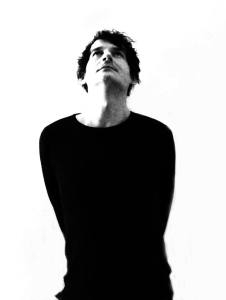 With 2 blissful EP’s behind them,  a highly anticipated debut album entitled  – ‘Notes To The Dust‘ – on the horizon &  a successful crowdfunding campaign, we caught up with the brilliant London based noise merchants ‘The Marbles Jackson‘ and drilled them with a few testing questions! Check out their answers below:

1) Who are you? Tell us about the formation of the band & your history?

We are The Marbles Jackson, a Hackney based four piece band. We’ve been playing live since late 2011 and released 2 EPs. The Marbles Jackson consists of: Terry Kirkbride (main voice, drums, guitars), Naokoko (guitars, the other voice, drums on one track), Simon Gwynne (keys, electric guitar) and Mikey Belfast Gibson (bass, percussion). Before forming The Marbles Jackson, Terry played drums in Proud Mary, Noel Gallagher and Oasis and that. Naokoko is a performance/installation artist. Two of us are the main songwriters of the band. We are releasing our debut album in April (vinyl in May), which is so exciting.

2) Who are your biggest influences?

4) What inspired you to start making music?

Terry: It was the only thing I’ve ever been interested in, coupled with the fact that I’m hopeless with everything else.

Naokoko: As an artist, I was always interested in sound, so I had a go at making music.

5) What do you love about shoegaze?

Terry: I always had a keen interest in other people’s footwear. You can tell a lot about the person by what they have on their feet.

6) Why is it important for the world to hear your music? What kind of message would you like to share with international listeners?

Judging by the soul destroying shite out there at the moment, The Marbles Jackson are the only saviours of the human race! 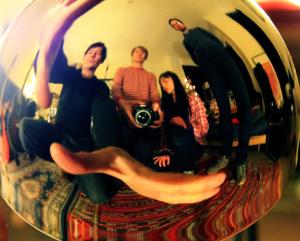 7) What are some of your favorite bands or albums?

8) We know that you guys are crowdfunding for your next release. Would you recommend this method to other artists? Why?

Absolutely! It’s hard work, though. If your target is realistic and if you engage with your fans, it’s a really good way for DIY bands to get your music out there. If it goes tits up, it’s only yourselves to blame.

9) Musically, what are your bands plans over the next year?

Big, big thanks to the band for taking the time out of their debut album preparations to get involved in this interview! You can can still pledge up on their crowdfunding site, to not only get your hands on their forthcoming debut album on Vinyl, but 10% of funds raised above their final target will go to  – Disability Rights UK. An even better reason to get pledging. You can do so by heading here: