UNDER THE SPOTLIGHT | Bloodhounds On My Trail 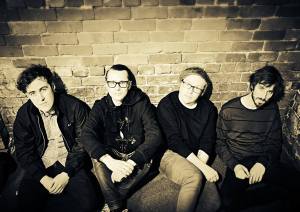 Melbourne based ‘Bloodhounds On My Trail‘ create a 60’s sounding fuzzy psychedelic imprint that not only connect 80’s atmospheric post-punk to early 90’s gaze but also add a modern edge to their immense soundscapes. A love of shoegaze bands of the late 1980s to early 90s provided the catalyst for the formation of the band. Since then, members Johnny Green (guitar, vocals), Chris Donaldson (guitar), Jonny O’Hara (bass) and Nik Donaldson (drums) have sought to fuse the rhythmic underpinnings of bands like the Velvet Underground and the Stooges with the dream haze of Cocteau Twins and Slowdive. With an addictive, reverb soaked, maelstrom of layered effects and beautiful melodies their sound could grace any soundtrack of a modern day musical audience. ‘Bloodhounds On My Trail‘ are one of our favourite bands right now & we are stoked to have interviewed them for the blog. Their latest amazing release – Escape EP is available to download from their Bandcamp Page HERE. We also reviewed it for The Primal Music Blog and you can read our thoughts on it HERE.

We new releases in the pipeline & serious attention building around the band, we caught up with them and asked them a few questions about their influences, future plans & their thoughts on shoegaze!

1) Who are you? Tell us about the formation of the band & your history?
We are Bloodhounds On My Trail from Melbourne, Australia who practice the art form of music, writing songs, sharing experiences & falling out. In other words, we are a band. It all started pretty spontaneously with Johnny and Nik jamming on a few ideas that I had on a loop pedal. Johnny was listening to a lot of Jesus and Mary Chain at the time and that really inspired him to start a new band. Once they had worked out a few songs (incl ‘She’s In My Plans‘) Chris was asked to come check out what they were doing with it in mind to have him join as another guitarist since two guitarists could create a big sound. After hearing what the then duo had created Chris was immediately impressed and keen to contribute to what they were creating. After some practices as a trio a good friend Jonny O’Hara was recruited on bass who appeared on Escape EP. Shortly after the release of that EP O’Hara parted ways & Che (of Miniatures) threw his hat in the ring to punch out the 4 stringer. A brief history for a band that has only been around for just over a year.

2) Who are your biggest influences?
We focus heavy on the song writing aspect & find influence comes more from life & experiences than just music. We don’t ever decide we like a particular tune so we try to do one like it. Its more the fact that tunes are written that capture a particular mood musically & have a particular content lyrically. Influence on writing a song comes from conscious thought that’s decided by what happens to & around us or to an individual and the music is a subconscious influences based on the music we enjoy to listen to. As the music aspect goes, as a band we are into a wide range of music (anything from late 80s, early 90’s UK/US stuff to Rockabilly to Punk) and we really dig that. It helps in keeping the ideas interesting and exciting. We collaborate and flesh out a lot of songs from a basic idea Johnny or Chris bring to the table and it’s really cool when you leave rehearsal with a song that has taken a direction that you didn’t see coming… Those are the songs that give us a buzz.

Underneath it all we hope our song writing comes through followed by a big sound sonically. We are always trying to keep tunes very much together in terms of the instrumentation so we can have a thick blanket of sound. Maybe think of drone sounding guitars where the bass denotes chord changes & a most solid of beats. Add to that some JAMC inspired riffs melodies that are emotive.

4) What inspired you to start making music?

It’s best when it’s more in your blood than a particular moment when you decide to make music. Sure there are turning points that may make you do something because it inspired you but music had always been a big part of growing up for all of us so it’s just been a natural step from the beginning. Like Johnny got into a lot of bands (The Smiths, The clash, The White Stripes, The Beach Boys…all the good stuff) from the vinyl his Dad played from the lounge room. Wasn’t something consciously thought about, just loved hearing new bands and new songs so figured why not learn guitar and start a band. The brothers (Nik & Chris), like Che as well grew up with a musical parents so nature + nurture will always win.

5) What do you love about shoegaze?
The music itself just hits the right chord with all of us. Never really thought about it. Just heard and loved it immediately. Also the “scene” is a great community really. All supportive. The way it always has been really. It’s niche. Niche people always get each other more. 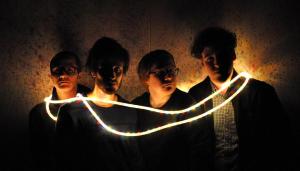 6) Why is it important for the world to hear your music? What kind of message would you like to share with international listeners?

Because like bands that we love, be that local or international, everyone can bring something great. We like to think that people could be getting a good buzz of hearing our music just like when anyone listen to anything that they enjoy. As for a message… Escape?

7) What are some of your favorite bands or albums?
We wanna take this question to plug some Roogaze (Australian Shoegaze) that we love (no particular order of course): Lowtide, Contrast, Miniatures, Hideous Towns, Flyying Colours, Blush Response, Luna Ghost, Kigo, Lunaire, Roku Music, Fait. So many. Probably missed some! 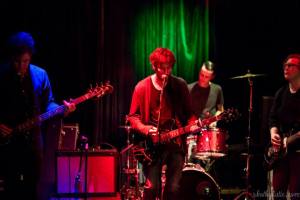 8) Musically, what are your bands plans over the next year?
Been writing a lot of new songs recently and plan to release a couple of singles in this year followed by an EP. We have just finished recording a cover of a ”Dreams Burn Down” by gaze fav’s Ride for a Ride tribute compilation that is available on ‘the blog that celebrates itself’ bandcamp – check it out! Other than that, play more shows locally, around Australia and internationally perhaps!

Del Chaney has spent the last two years not only fronting popular Irish Electronic duo Analogue Wave, but also dedicating his time to uncovering the best artists in the Unsigned or Small Independent Label based Shoegaze, Dream Pop, Post-Punk & Post-Rock genre’s of music from all over the globe & reviewing them for this blog – The Primal Music Blog. His other arm The Primal Radio Show has gained considerable respect from bands and promoters alike since its conception in 2013 & has hepled him in actively promoting a genre of music that he is passionate about. He also currently writes for Canadian based online music webzine ReplicantEars. Hailing from Dublin, Ireland, he is a keen Vinyl Collector, Tattoo Fan & all round good guy! He is a self confessed music freak & is never far away from a studio console or a turntable.