ALBUM REVIEW | The Marbles Jackson – Notes To The Dust. 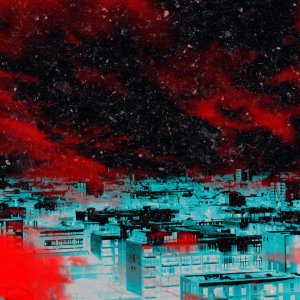 RELEASE: Notes To The Dust

Every musical artist worth their salt with a dream of recording & releasing a body of work physically either on Vinyl, Cd or Tape will eventually run into a brick wall when it comes to funding their musical adventure’s because in every walk of life imaginable the mantra remains the same – ‘Money Makes The World Go-Around’. These days artists have a wealth of ways to generate cash (without gigging themselves to death) with one medium also allowing them to expand their fan-base at the same time! That pretty cool medium of garnering funds is called – Crowdfunding. One such act to do so are UK based sonic adventurers ‘The Marbles Jackson’ who after a successful crowdfunding campaign, raised enough funds to not only release their debut album ‘Notes To The Dust’ digitally but also fund a Vinyl release! Hailing from Hakney over in London Town – ‘The Marbles Jackson’ are: Terry Kirkbride – Guitars, Vocals, percussion & Mouth Organ, Naoko TakaHashi – Guitars & Backing Vocals, Smon Gwynne – Keys, Guitar & Sound Effects & Mikey Belfast Gibson – Bass and what they have created musically is nothing short of beautiful. Most of the tracks were written by Terry Kirkbride & Naoko Takahashi except – ‘Nowt Will Ever Be The Same‘ & ‘I Want Never Gets‘ by Kirkbride and ‘What Remains‘ by Simon Gwynne. The album was Produced by Kirkbride and Takahashi, Engineered, Recorded and Mastered by Mark Jasper @ Sound Savers, Hackney, London & Mixed by Takahashi @ Shabby Road Studio, Hackney, London.

We have picked a few of our favourite tracks from ‘Notes To The Dust’ for the purposes of this review and you can read what we thought about them below:

Track 1 on this very impressive release opens up a portal to a world of daydreams, shoegaze & dream-pop. ‘If Symptoms Persist ( Nothing Wrong With Me )’ is a slice of laid back sonic heaven on a grand scale reminiscent in parts to early 90’s musical stalwarts such as Spiritualized & The Verve. Anyone new to this band is in for a treat as this is the entry point to a musical adventure you could only ever dream about. Beautiful in its conception with dreamy vocals and addictive guitar lines, it will evoke memories of life & love and have you floating on a wave of tone & reverb. Absolutely blissful.

Light & dark tones are magnified to shimmering brilliance on the albums second track – ‘Murder Mile Sunshine‘. This is stunning. You stay fixed on the main vocal while a maelstrom of swirling effected guitars, immense backing vocals, lazy drum beat & hazy samples immerse you in a world of dreamscape infused shoegaze with immense psychedelic swirls.

‘Requiem For The Have It All’s’ – is a journey track. Beautiful vocal harmonies lead you in and caress your eardrums with intricate guitar lines, delayed tones & stunning ethereal vocal swells all intertwined around it’s post-rock ‘esque core. One for the headphones! Check it out:

Passionate, emotive & immense are all words that can be used to describe the feelings you get when you listen to track 8 on this stunning release. ’Running Man’ is a blissful ride through addictive guitars stabs, beautifully immersive reverb drenched vocal lines & swirling backing tracks that tells a sonic story through the medium of sound waves. Check it out:

It’s a strange thing these days for any band to touch this listener as deeply as ‘The Marbles Jackson’ have. Their attention to detail on every single one of the epic tracks on this release will stay with you long after you have finished listening to them & that’s a great thing in my opinion. Somehow they stick in your subconscious and you end up humming their tunes or speaking their lyrics at absurdly different & weird times of the day & for me that’s the mark of a great song and the total embodiment of a great band. I’ve been following the journey of this band intently ever since they got in touch with me about airplay on a radio show in early 2014. They haven’t disappointed & this album is a stunning body of work by a band that will leave you with a sweet taste in your mouth after every listen. Sonically sound & immensely beautiful ‘Notes To The Dust’ is album that every music fan should have in their collection. If you missed out on pre-ordering the album during their crowdfunding campaign, don’t panic, you can still get your hands on a copy of ‘Notes To The Dust’ as it is available to order on Vinyl through www.RoughTrade.Com & will also be available via iTunes & the labels BANDCAMP PAGE from the release date.