There was an subtle air of anticipation in the Loft venue of Dublin’s Grand Social as two of the hottest underground live acts today came together for one epic live experience. There’s a well deserved buzz surrounding both bands with electro rockers Makings having recently accrued a distribution deal for their very impressive debut album ‘Cognition’ & Scottish shoegazers Wozniak on the verge of releasing their second EP and subsequently playing their debut gig in Ireland. The online threads were awash with talk of this gig and there was plenty of music bloggers in the venue on the night waiting anxiously to give their account of how this gig would go down live. These two bands may be on the opposite ends of the musical spectrum with where they sit in their respective genres but they are both equally immense live! This gig had been organised by the brilliant Pinkman PR & Management who I might add are a shining example of how to treat artists / music reviewers & gig goers alike. If there were a few more setups like these guys in the Irish music scene today we’d probably have the best live scene in Europe. Their attention to detail was second to none & its only fair that I mention them in this live review. 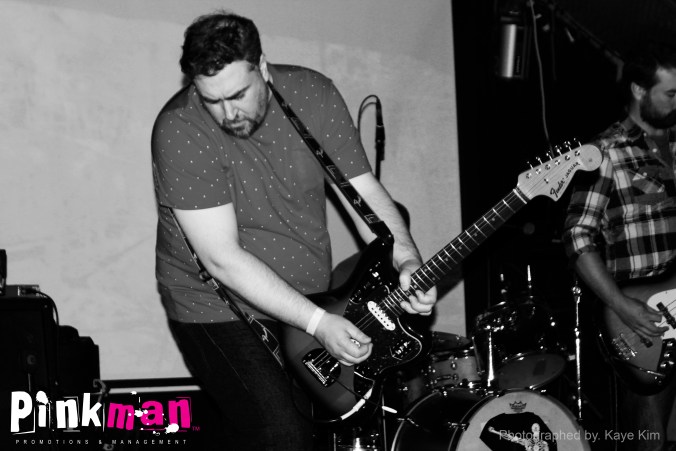 With both bands getting an equal share of stage time it was up to Wozniak to open the proceedings. In a haze of reverb laden brilliance the shimmering sounds of this Edinburgh based 4 piece awakened the docile Grand Social crowd with their full on shoegazing experience. Projected cinematic visuals, flashing strobe lights & the thundering opening track ‘Columbo’s Car’ heralded the arrival of a musical behemoth! Simon & Sarah worked their magic on board’s of effect pedals to create a psychedelic wall of sound while James hypnotised us with his addictive bass lines & the ever steadying qualities of drummer John Sinclair brought fire & brimstone to the eardrums of the waiting crowd. 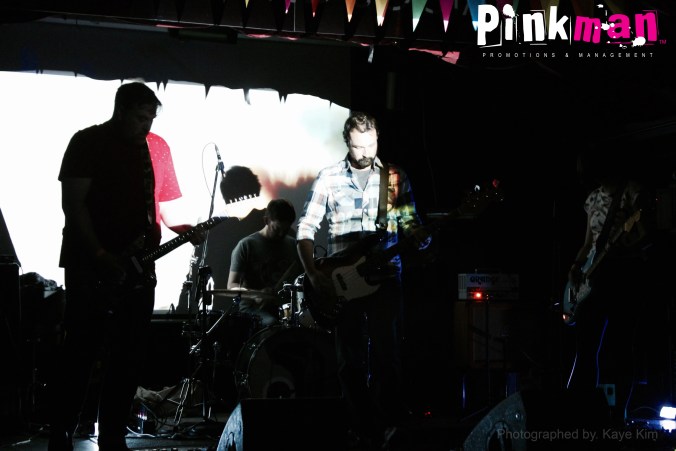 The band brought new tracks with them to play tonight alongside their already amazing arsenal of musical soundscapes and these new compositions did not disappoint! Snow Effect, Wings Of Pegasus, Gospel of Infinity & Hester & Zelda are taken from the bands forthcoming & highly anticipated new EP entitled ‘Auster’ & they are absolutely huge live! Add into the mix Columbo’s Car, Kreuzberg & El Maresme (from their debut EP Pikes Peak) & their ever brilliant latest single ‘Five Star’ and what we have is a band on the verge of something big! Wozniak are truly an immense live musical outfit. Im glad that everyone present tonight In The Grand Social got to experience this fact live and I hope we get to see them again on our shores soon. 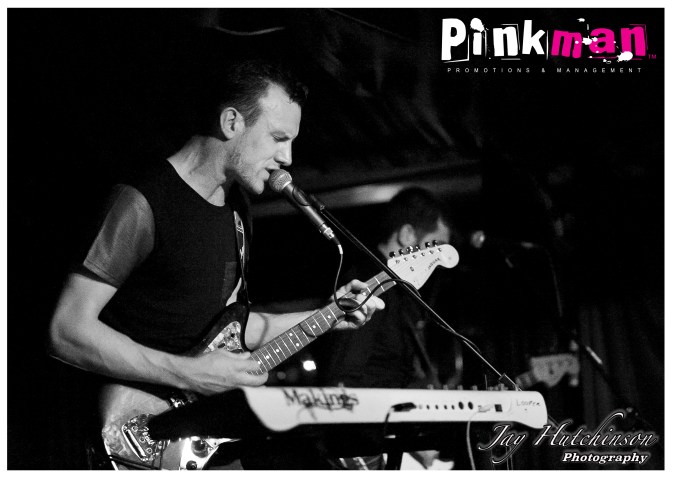 Up next were local heroes Makings! With the crowd getting fidgety & the late arrivals pushing to get in to see the band they took to the stage. And after a guitar change we were ready to experience another band on the verge of something big! Makings have an enormous live sound. In fact, its the most complete sound that I think I’ve ever heard from an underground Irish band to date. Rick Burns ever present vocal is absolutely stunning as usual as they open up with ‘Only Time’. Im constantly amazed at how good these guys are as musicians! 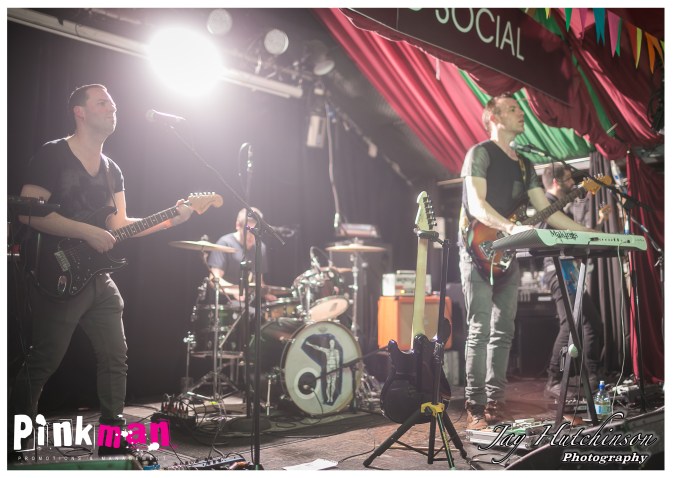 Each individual member of the band sings live (A rare occurrence on todays live circuit). Barry Shock & Rick Burn are a musical tour de force on guitars while Raul Marcos skips through his baselines with aplomb. Its in the engine room where this band fascinates me though. Paddy Reynolds on drums is as good a drummer as I have ever heard in Ireland. What he does throughout a Makings gig is nothing short of magical. His drum patterns are second to none and it adds to Makings immense overall sound. It’s a well oiled machine with every member of the band knowing exactly where he should be at any given time. They never fail to blow me away with their overall sound & as front men go Rick Burn is ominous as he drags this band kicking and screaming to the ears of every single audience member. Their setlist tonight included tracks from their debut album ‘Cognition’ & some new tracks including Only Time, Dig, Man On Fire, 46a, The Wool Gatherer, iClone, Mythomania, (Editors note: My Favourite Track)  – Heart Attack, Suffocate & Human Nature. 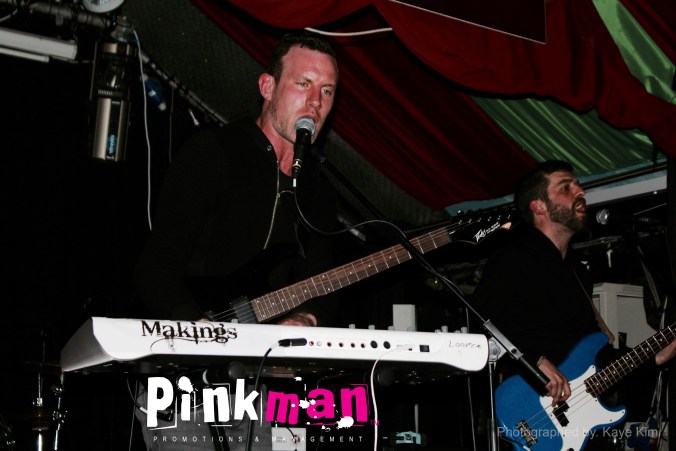 Ive said this before but Makings are a band on the rise. Their next live stop is a gig with Wozniak again but this time in Edinburgh. They have the complete package as far as Im concerned. Go and check out their debut album ‘Cognition’. This is a sonic confession from a band who’s sound is destined to play in stadiums ……….