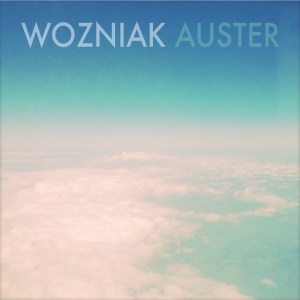 In the realm of instrumental shoegaze noise-rock, psych & post-rock it is the ability of the musician and or musicians to collectively carry a project to its finality thats the most important overriding factor. These modern day creators of psychedelic gazing are tasked with the job of carefully enticing listeners into their world by virtue of a sonic journey through many layers of infectious mind bending tone & shape and on into a blissful arena of sound. Musicians need to be masters of their craft & commit to enthralling listeners with their collective creative abilities in order to achieve their fans adoration. One such band have continued to impress not only me but the vast majority of the underground shoegaze, noise-rock, psych & post-rock world with their stunning musical soundscapes & their collective ability to bring listeners to their music on a psychedelic rollercoaster ride through waves & waves of addictive shoegazing goodness.

From their earliest creations Edinburgh based sound gazers ‘Wozniak’ have produced mind numbing music of brilliant shimmering proportions. ‘Wozniaks’ first release ‘MFMB / New Hampshire’ was a tiny crack in the surrounding framework that encompasses their musical world but what it did was to allow us to briefly peek inside. Listening to it let us collectively (as music fans first & foremost) sample a small sliver of their psychedelic might. It wasn’t until the release of their immense EP ‘Pikes Peak‘ that they broke the mould & unleashed a torrent of beautifully inspired shoegaze & noisey post rock infused cinematic sounds into the atmosphere that are so good they actually had the ability to sweep up this listener & carry him on an awe inspiring wave of shimmering musical brilliance. 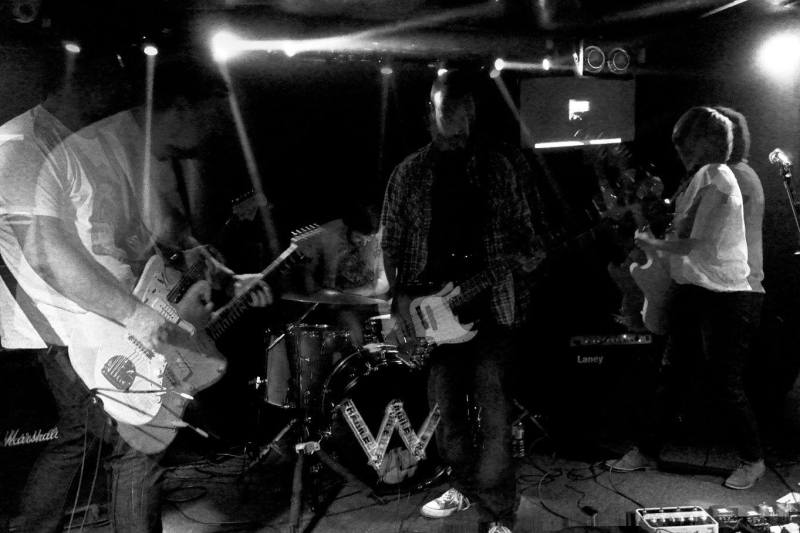 After releasing the brilliant explosive single ‘Five Star’ back in November 2014 as a follow up to the mighty ‘Pikes Peak’ the band have released another stunning collection of tracks on Morningside Young Team Records aptly named – ‘Auster’. The EP takes its name from the Roman God of the south wind, and reflects the elemental forces at work on Auster’s four stunning tracks. With its swirling snarl of guitars, dark, dirty bass tones and tom-heavy drums, the EP builds on ‘Wozniak’s‘ previous releases revealing sophisticated sounds and songs that reveal themselves over repeated listens. ‘Auster’s’ layers of shoegaze sounds are underpinned by a noise-rock intensity and the expansive structures of post-rock bringing to mind comparisons with Slowdive and Mogwai.

This latest release opens up with the rather beautiful ‘Snow Effect’. Glimmering guitars, addictively layered lead progressions, fuzzed out intricate bass lines, the steading presence of John Sinclair on drums mixed with that absolutely stunning standout vocal performance from Sarah Cuthbert-Kerr makes this track shimmer. As opening tracks go this has to be one of the best that I’ve heard this year. ‘Snow Effect’ has the ability to tell a story through the medium of music. Its chorus alone will shake up your memories & have you dreaming of the heady sunny days gone by. This is an absolutely stunning first track!

The opening salvos of ‘Wings Of Pegasus’ charge into the musical atmosphere & instantly bring you back down to earth with its full on instrumental noise-rock swagger accompanied by that ( a- typical of Wozniak ) swirling maelstrom of guitars courtesy of both Simon & Sarah’s penchant for guitar effect pedals & their ability to craft wondrous sounds from them! This is an addictively repetitive monster of a track that belongs on an early Death In Vegas mixtape & should in my opinion be remixed for the dance floor at some stage further down the road.

Next up on this immense release is another instrumental masterpiece – ‘Gospel Of Infinity’ is a call to arms. It builds from its very first repetitive chord progression whilst sitting on top of Johns Sinclair’s rolling drum pattern & intertwining with yet another addictive bass line courtesy of the brilliant James Urquhart until the band eventually explode in unison as one swirling singular mass of gazing noisy sound waves.

The closing track on ‘Auster’ is simply EPIC. ‘Hester & Zelda’ is eight minutes plus of pure joy. Its cinematic beginnings are steeped with post-rock tendencies but don’t be fooled. Wozniak refuse to be tamed within any genre specific borders. They unleash a full on sonic assault on your senses that will have you on the one hand gazing at your shoes immersed in a beautiful swirling mass of sound & on the other I can guarantee you will spend your time being absolutely amazed at this tracks post-rock infused glory. A truly wonderful track by a band who are not afraid to experiment by beating & bending sound until its moulded into their preferred shape. Stunning!

If creating & releasing music can be classed as a continuous progression with each step a betterment of yourself as a musician or as a collective of musicians then Wozniak have made a serious leap up the musical ladder with this latest EP release. What ‘Auster’ shows is that this band are one with their music & that they have the ability to create serious waves in todays underground musical landscape. I firmly believe that they have (as a collective) raised the musical bar for others to see clearly. This is a bold statement of intent from a band that I have a lot of time for & who I know have a lot more to give to us paltry music fans going forward. This EP is a must have for any serious music fan reading this (who like me) love their music on the shadier side of noisy post-rock but with that full on atmospheric shoegaze wall of sound.

It is my belief that the sounds ‘Wozniak’ are creating today will be influencing new bands for years to come.

Del Chaney has spent the last three years not only fronting popular Irish Electronic duo Analogue Wave but also dedicating his time to uncovering the best artists in the Unsigned or Small Independent Label based Shoegaze Dream Pop Post-Punk & Post-Rock genre’s of music from all over the globe & reviewing them for this blog – The Primal Music Blog. His other arm – Primal Radio – has gained considerable respect from bands and promoters alike since its conception in 2013 & has hepled him in actively promoting a genre of music that he is passionate about. Hailing from Dublin, Ireland, he is a keen Vinyl Collector, Tattoo Fan & all round good guy! He is a self confessed music freak & is never far away from a studio console or a turntable.