Teen Brains eponymous 2015 EP was one of the most wondrous releases of the year. Steeped in a nostalgic beauty, it was endearingly fragile and at times uncertain. This year’s follow up ‘Translucent’ sees them in an altogether more confident frame of mind. There’s a strong psych sensibility throughout which gives the record more focus, although there are still plenty of pleasing whooshing noises.

‘In a Haze’ sets off on a phaser-fuelled psych journey. It meanders, but only just. Someone, somewhere has this all planned out. Glorious reverb ushers in ‘Isolation’ which is the kind of jangly jaunt that is earning Diiv many plaudits at present. The lush melodies are a marvel. There’s a hint of a darker 80’s edge on ‘Wash Away’ with its flanged guitars and intricate guitar lines. The psych influences come out strongly in the rhythm section, adding an insistence to the track. Its big chorus surely means it will shortly usurp Tame Impala from mainstream radio playlists soon?

Closing track ‘Translucent’ is more contemplative in pace. Its woozy wahs and undercurrent of fuzz and delay create a hazy feel, but this is definitely at the more muscular end of the gaze spectrum. The chart countdown sample maybe gives a hint of where Teen Brains hope to head – straight to the top of the charts. They certainly feel like a band with a plan.

‘Translucent’ is out on 12th September via Witchgirl Recordings in the UK and Citrus City in the US. 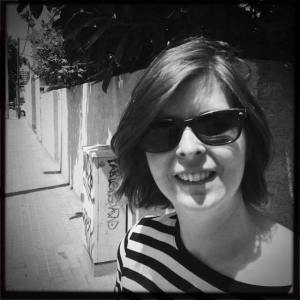 In her time, Sarah Cuthbert-Kerr has attended raves and rock clubs. She enjoys pedals, pizza and spy dramas. Sarah also plays guitar in Edinburgh-based noisemakers Wozniak and is co-founder of Morningside Young Team who put on gigs and put out records for discerning audiences who enjoy fuzz and confusion.