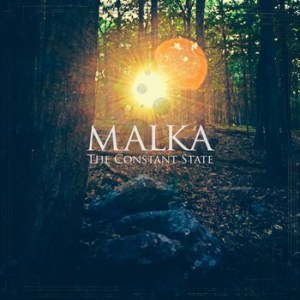 Trying to convince someone to part with their hard earned cash isn’t an easy thing to do when it comes to music! It’s an even harder thing to do in the modern day underground music scene. Stats surrounding music sales continue to be wishy-washy at best, with some saying that vinyl is king while other prominent music selling websites are stating that the digital age of downloading music is still here & is still pulling the strings behind the scenes. Convincing people to support your music is the first step on a long upwardly hike to building a fan base! New bands just starting out quickly become aware of just how difficult it can be in this modern day musical landscape. Music Blog’s, Online Radio & PR companies, who know their stuff & are willing to go the extra mile for the artist are the key in my opinion, to successfully making this happen. Today’s Music Blog’s depend on certain underground PR companies to get new artists to their ears & in turn introduce them to immense new music! This week one such online PR Company, the brilliant ‘Shameless Promotion PR’, introduced me to an immense New York based 4 piece outfit called ‘MALKA’, who have created a sonic landscape full of psychedelic impressions, stunningly emotive shoegaze, intertwined with dream-pop flair, reminiscent in parts to the amazing early 90’s sounds of ‘Lush’, a firmly solidified member of the first wave of shoegaze & a band that I am a big fan of. 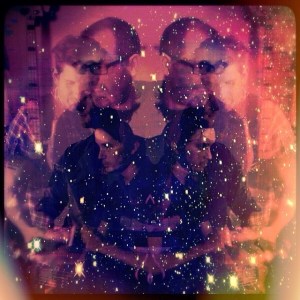 ‘MALKA‘ will officially release their debut EP, The Constant State, on March 2, 2015. Recorded at both APT Studio (NYC) and Elohino studio (NJ), mixed by Darko Saric, and mastered at 825 Studios by Grammy Award-winning engineer Butch Jones (Madonna, Talking Heads, Iggy Pop, The Gun Club, B52’s). They band are made up of: EJ DeCoske – guitars, synths and vocals, David Ciauro – bass and vocals , Michael Dawson – Drums & Darko Saric – guitars, synths and vocals. The vocal melodies on this impressive debut assume an instrumental form and transcend language, adding transparency to bilingual Spanish-English lyrics shared between three lead vocalists. We’ve picked our favourite tracks from this brilliant debut release & you can find out what we thought of them below.

‘The Constant State EP’, opens with a trip back in time to the early 90’s and an absolutely immense track entitled ‘A flock Of Crows’. A wall of luscious reverb laden guitars, riding a wave of heavy bass & thunderous drums introduce the arrival of a well produced vocal, infused with a plethora of effects, all swirling around an amazing song structure cruising through a landscape of musical peaks & troughs! This track heralds the arrival of something wonderful.

With an almost post-rock edge, the second track on this EP stalks it’s musical landscape like an animal on the hunt. ‘For Now We Live’ is so beautiful in it’s structure that first it lures you in & then menacingly explodes into a wall of swirling sound’s & effected vocal lines, like a hurricane ploughing a track across the earth. For me, this track is not only the cornerstone of this whole release, but it is also the bedrock for what is to come from this stunning band. This is a truly impressive EP.  I’m 2 songs in & hooked fast.

Track 3, ‘Mientras Se Respira’, again brings me back to the early 90’s with it’s dream-pop infused vocals & hazy wall of effected guitars. Simple in its construction & with vocals sung in Spanish, this track is simply beautiful and it flows so well, with it’s psychedelic breaks & screaming shoegaze swirls. Seriously, go and check this track out:

You can listen to any track on this 7 track release from New York based ‘MALKA’ and really drift away on it’s post-rock, dream-pop & shoegaze walls of sound. It’s a stunning debut from a band I reckon will make serious waves going forward in this next wave of shoegaze. Tracks like ‘Wolves And Sheep, Diamond Girl, Corazon Sin Sangre’ & the brilliant ‘Swoon’ will have you drifting through their sonic waves, force you to listen to their explosive shoegaze swirls & have you wanting to hear more from this amazing outfit. Their songs are evocative, both musically and lyrically, touching on metaphysical, existential and interpersonal subject matter with an honesty that resonates to an emotional core. Their music is a reflection of the triumph and tragedy of the world, compelling us to look deeper into the realms of our consciousness.‘MALKA’ are trying to stretch the concept of songs to make them sound more like emotional lapses of time.

The Constant State is available on Bandcamp and will also be available as a digital release in iTunes and streaming through Spotify, Rdio, etc.

Del Chaney has spent the last two years not only fronting popular Irish Electronic duo ‘Analogue Wave’, but also dedicating his time to uncovering the best artists in the Unsigned or Small Independent Label based Shoegaze, Dream Pop, Noise-Rock & Post-Rock genre’s of music from all over the globe & reviewing them for this blog – The Primal Music Blog. His other arm, ‘The Primal Radio Show’, has gained considerable respect from band’s and promoter’s alike since it’s conception in 2013 & has helped him in actively promoting a genre of music that he’s passionate about. He also currently write’s for Canadian based online music webzine www.ReplicantEars.com. Hailing from Dublin, Ireland, he is a keen Vinyl Collector, Tattoo Fan & all round good guy! He is a self confessed music freak & is never far away from a studio console or a turntable.