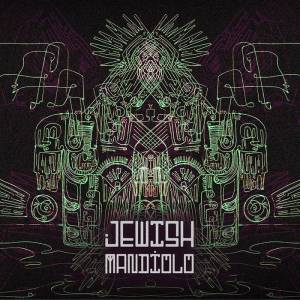 ‘The Jewish kings’ are a new experimental post rock band from Rio De Janeiro, Brazil who specialize in experimental textures, flamboyant Latin grooves but with guitar effects that larry lalonde (Primus guitarist) would be wet for! The band are made up of Bernardo Arenari, Luiz Bento, Denisson Caminha, David Dinucci & Danilo Nagib.

In the first track ‘Agua’ we are exposed to almost too much coolness for a mans ears to take. The opening chords are vague, spacious and driving while the bass leans over and gives yer ears a wee sombre kiss coupled with a subtle whisper conveying its love for making you happy. This track goes in and out of dominent 6th chords that add such a strange resolution – resolution – resolution kind of feel to the progression as opposed to the usual tension – resolve setup of our tritonic Jazz forefathers. After our typical start the tracks middle section takes us to shoegaze land where we swallow a dose of some concotion off of the same shelf as ‘Do Make Say Think’s – Goodbye Enemy Airship or The Landlord Is Dead’ album’s of yore! Of course then it takes us into a combination of the two but with an added brass section…… and as the main songwriter in ‘Tuath’, I love me a brass section! The crescendo in this track is so expertly conveyed that you will wonder how this band are just on their first EP.

The third track ‘Imersáo’ has a shoegazey type of James Bond feel that you just gotta check out. You will not be able to prevent yourself from singing ‘Live And Let Die’ over the tune. This track has elements of ‘Yo La Tengo’ on vocals but with some of the same guitar textures of ‘Conan Mockasins’ debut album! While listening to it I was tempted to name drop ‘Neutral Milk Hotel’ in terms of the way his voice sounds. ‘Imersáo’ stinks of late 90’s guitar ‘Radiohead’ but upon saying that it is still its own buzz! I reccomend experimenting with some ‘Bucolic Remedies’ before listening to this track. For absolutely no reason  at the end of this song it blasts the distortion really loudly with some delicious unison bends. I am not sure weather this was a half assed ending or if they genuinely planned it to sound like this but either way I love it. Check it out:

‘Amor LIquido’ is by far the coolest track on this EP. The intro is in an odd groove and takes me back to ‘Bad Moon Rising’ in terms of guitar sound. The drum sound is grainy & the bass doesn’t give a toss about frequency masking and then imagine that ‘Sonic Youth’ had the cop on to include a brass section? Because of course they incorporate some really tense but harmonic brass harmonies all the while incorporating some Rio De Janeiro musical stylings in the form of some claps. In my opinion this is an excellent thing to do as it completely melds the culture from which this band come with the music that they like. The Jazzy Latin flavors are bloody magic & they make me want to go and put some trad onto the next ‘Tuath’ record. Also I must add that unlike most experimental bands these dudes sing in their own language which again, as the main songwriter in ‘Tuath’ I think is a magic buzz altogether and they should be stamped for their bravery in the field.

‘Merguhlar’ is a song I am going to mention even though I didnt enjoy it for a contradictary reason: The first half of it is a story and it is in Portuguese & due to this it takes ages to get to the meat and potato’s! This would not be a problem for me if I spoke Portuguese but I don’t unfortunately. Anyways when it does kick off it is beautiful and contains some of the nicest shoegaze out there at the moment as it boasts some beautiful off kilter harmonies, the right amount of distortion and the panning techniques keep the sound interesting. Check this track out:

The EP’s closer ‘Foz (Debaixo D’água)’ is a feel good, Jazzular & almost Funk effort that lands directly at a loud Post Punk mid section half way through the intro but with the anthemic shouting of a lot of modern Indie music. These guys really know how to progress their music in an intricate way and this song is a great example of that. This is by far my second favorite track on this EP. It’s a lovely closer & a magic sign off for what is a short but great listening experience.

This band are great but I feel with a bit more experimentation they will be quite a force to be reckoned with. I doubt I will ever see this band live but I am a big fan of their sound. 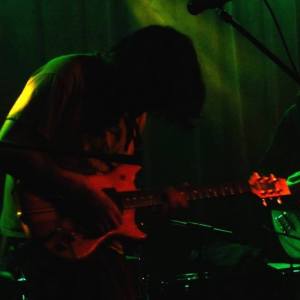