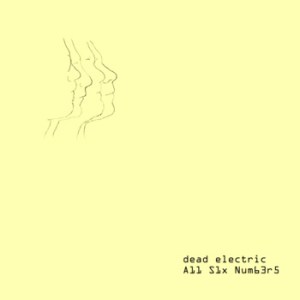 I have great admiration for bands who do it themselves! I think writing, recording, mixing, producing, mastering & releasing your own music, yourself, says a lot about your bands character. We all know that the mass media whores & major record companies have polluted this modern day musical landscape with mass produced trite bands, releasing disastrously brutal songs through major PR companies awash with dirty money just looking for a fast buck!!! More often than not they hop on the latest resurgent musical scene & kill any hope of it ever catching on with todays kids, by cashing in on it, early in it’s development – thus murdering it in it’s infancy! This cashing in, breeds contentment amongst the major record companies & increases the already huge constant pressure on bands/artists to be the – In Thing, by either sounding or looking good (Mostly by working with bands without paying them), has destroyed the very fabric of todays music scene! But there is hope! There are bands out there flying the DIY flag for us all to gather around, support & keep alive any sort of hope in todays musical landscape! I’ve been a fan of one such band for a long time & I have eagerly awaited the release of their new album – ‘A11 S1x Num63r5‘.

Glasgow based ‘Dead Electric’ have consistently self released  atmospheric shoegaze/alternative-rock  since 2011. Their Immense 2012, 5 track release  – “The Last Bastion” is a constant on my speakers & initially introduced me to this amazing group of musicians. They write stunningly emotive, shoegaze infused soundscapes intertwined with Post-Rock flourishes sitting atop solid alternative rock foundations. The band are made up of Ian Fairclough: Vocals, Guitars, Keys,  Dave Fairclough: Guitars, Vox, Keys,  Dave Calder: Drums, Vox, Keys & Rob Carleton on Bass, Guitar . Their latest release is nothing short of stunning!

With a Sonic Youth style intro, the album opens up with another ‘Dead Electric’ classic! ‘The floating’ sounds like Bob Mould’s ‘Sugar’ fed on a high octane diet of shoegaze, alt-rock & sheer brute force. This is clearly a show of intent from this Glasgow based 4 piece. It’s a masterful track of steadily addictive peaks & troughs with walls of effected guitars straddling a solid bass & drum track.

The Fairclough brothers, both guitarists, decide to hit the listeners with another arm of their brilliant musical craft. They have this canny knack of writing emotive tracks, that tell stories, either electrically or on acoustic guitar, with ease! Track 2 ‘Maya’ is two minutes & twenty eight seconds of beautifully crafted songwriting. Floating, effected vocal lines swirl around the acoustic guitars with stunning effect, casing shadows over the tracks musical tones. Simple in it’s construction but completely breathtaking all the same. A beautiful track to listen to on headphones. It’s recommended that you do so by this listener anyway! Go check it out for yourselves:

‘Suck Thru’ first appeared as a single back in December 2013 and it’s not really surprising that it appears here on this full album release.  The acoustic guitar stylings return again, but with the added bonus of a brilliant electric guitar line, complimenting the vocal’s & in turn ripping through the beautiful acoustic guitar tones,  paving the way for the brilliant addition of a church organ! I love it when bands experiment with instruments on their tracks. It keeps the listener’s attention fixed on the music only & stops them from meandering away in a daydream. I liked this track way back in 2013 & I’m glad that ‘Dead Electric’  included it on this release. Check it out:

Track 5 on this epic release is the self titled ‘A11 S1x Num63r5’. The full on band treatment returns here with epic results! Again, I can hear early ‘Swerve Driver’ from this tracks opening notes! Walls of effected guitars, pounding drums & throbbing bass carefully protect the vocal lines throughout the verses until that smooth chorus break calms the sonic maelstrom & allows the track to breath & shine. This track has hints of old school ‘Last Bastion’ era ‘Dead Electric’, but theres a modern edge added now. A grown up, expressive song structure with brilliantly produced results.

Next up, ‘My Own Feet’ is a full on shoegaze classic! The opening guitars pull you in & introduce you to another sonically delightful track. The guitars are especially immense on this track!! Again this is another track, that to me, screams  – ‘Bob Mould’. I don’t know if ‘Dead Electric’ were listening to his band – ‘Sugar’, at all throughout the recording process of this album? If not, they should go and listen to early 90’s ‘Sugar’, especially the bands brilliant album – ‘Copper Blue’. This is a brilliant track. Check it out:

The addictive Piano line heralds the arrival of a behemoth! With Post-Rock infused vocal arrangements & expressive song structure, ‘1992’ announces it’s brilliance onto the musical landscape with style!  Beautifully produced blissed out vocals, explosive psychedelic chorus break & atmospheric guitar parts instantly catapult this slice of genius into my favourite track from this whole album! Hands down!  This should be the next single release! It is immense & I congratulate the band on it. Stunning piece of work!

With creeping intent the penultimate track on this impressive release from Glasgow based gazers ‘Dead Electric’ is another beautifully crafted slice of emotive shoegaze. Track 8, ‘We Are We’ allows the vocal to breath while its wall of guitars swirl around it like a animal stalking its prey. Typically, it shows how bloody good ‘Dead Electric’ actually are as songwriters! This is yet another stunning track & not to be missed.

The final track on ‘A11 S1x Num63r5’ by the brilliant ‘Dead Electric’ is called ‘Dont Eat Your Heart Out’. Coming in at one minute, seventeen seconds, it’s a fitting atmospheric end to a roller coaster of an album. Short & sweet it brings closure to another chapter in Dead Electric’s illustrious song book but one that hopefully doesn’t mean the end.

It’s a are thing to find an unsigned, underground band or artist who’s sound evolves from album to album or track to track. Dead Electric are brilliant songsmiths. They can craft atmospheric, emotive tracks without breaking sweat. Every single release from this band has been immense. From the early days of ‘This Mind Of Yours‘ into the brilliant ‘The Last Bastion‘ & now this stunning new release ‘A11 S1x Num63r5 ‘, they continue to go from strength to strength with ease! 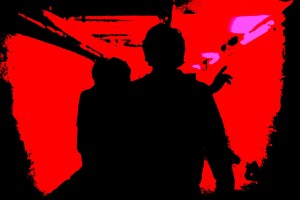 This album was recorded at various locations including Chem19 – Hamilton, Forth Valley College – Stirling, La Chunky – Glasgow, The Unit – Dalmarnock and of course The Shed. It was Recorded and Mixed by Ian Fairclough, Produced by Dead Electric & Mastered by David McAulay & Ian Fairclough at Film City.

You can find out more about Dead Electric over at:

Del Chaney has spent the last two years not only fronting popular Irish Electronic duo ‘Analogue Wave‘, but also dedicating his time to uncovering the best artists in the Unsigned or Small Independent Label based Shoegaze, Dream Pop, Noise-Rock & Post-Rock genre’s of music from all over the globe & reviewing them for this blog – The Primal Music Blog. His other arm, ‘The Primal Radio Show‘, has gained considerable respect from band’s and promoter’s alike since it’s conception in 2013 & has helped him in actively promoting a genre of music that he’s passionate about. He also currently write’s for Canadian based online music webzine www.ReplicantEars.com. Hailing from Dublin, Ireland, he is a keen Vinyl Collector, Tattoo Fan & all round good guy! He is a self confessed music freak & is never far away from a studio console or a turntable.