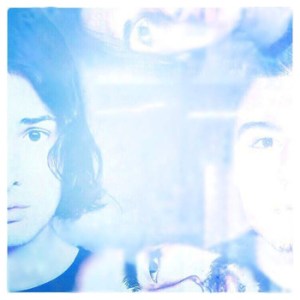 We’re no strangers to Italian shoegaze/dream-pop scene here at Primal Music HQ. In fact we actively promote the Italian gaze scene to the best of our abilities because we believe that it has some serious contenders in this modern day shoegaze landscape. The standard of underground shoegaze & dream -pop coming out of Italy today is immense! So it won’t surprise you when I say that ‘Kimono Lights‘ debut album entitled ‘Imprinting‘, should be classed as one of the best of albums of 2015 so far!  It is a stunning release filled with atmospheric post-rock tendencies, all intertwined with dream-pop swells. It is filled with expressive, emotive shoegaze induced imprints. Immerse yourself into a cauldron of psychedelic goodness & let the sonic pulses wrap themselves around you as you float on a solid wave of reverb drenched vocal lines & atmospheric post-rock infusions. Every track is an emotive journey through the eyes of a sonic god. It is that good. The band is made up of  Andrea Crispy Smiths – Guitar and Vocals,  Manuel Fabbri – Bass, Matteo Sama – Guitar & Enrico Piraccini – Drums and Vocals. We’ve picked a few tracks from this 10 track debut album & you can read what we thought of them below:

This albums opening track entitled ‘Autumn’, blissfully begins with haunting tones hugging the sonic ether & filing the air with ethereal vocal swells. Addictive guitar lines seep through this dream-pop infused highway and instantly suck you inside its dreamy soundscape. There are subtle hints of post-rock vibes swirling in amongst the reverb drenched guitar tracks but with an added, definitive heightened shoegaze intensity which keeps the listener attention transfixed on the track.

Track 2 ‘Etere’ is another stunning, hauntingly brilliant slice of shoegaze magnificence, infused with dream-pop flair. Heavier in parts than the opening track, it traverses a fine line between full on nu-gaze & old school dream-pop, but it lacks absolutely nothing. It floats on wall of lush tones & reverb induced sonic swells. Simply divine! Check it out:

‘Love Flows’, Track 3 on ‘Imprinting’, showcases its addictive qualities from the off. A wall of lush vocal’s, catchy guitars, synth swells with a solid drum track cementing in a foundation of musical bliss to die for! Another stunning track from this Italian gazing outfit.

Don’t be fooled into thinking that Track 5 on this impressive release is anything less than masterful. ‘Kimono Lights’ have this knack of enticing you into their tracks with beautifully crafted songs filled with light & dark moments intertwined gracefully in slow melodic soundscapes. ‘Daydream’ begins like a precious bird in flight on a calm day only to explode like a post-rock behemoth, force fed on a diet of full on shoegazing goodness! This is a stunning track that runs & runs and it’s probably my favourite track on this impressive debut album from another very impressive Italian shoegazing band.

Check out any of the 10 Tracks on this album & I can guarantee that you will fall in love with its sonic swells & reverb drenched guitar lines. The vocal tracks alone will enthral you. They tell a story through the medium of shoegaze, just like albums created in this genre of music are supposed to do. This album keeps it’s secrets firmly hidden inside each track & makes you sit, listen, take in every single note & every single piece of production, just to find out all about them! How many bands out there today can do that? Yes, there are post-rock edges to ‘Imprinting’, but I think it only enhances the full on ‘Kimono Lights’ soundscape experience. Its yet another string to their very impressive musical bow. This is a wonderfully addictive album that deserves respect. 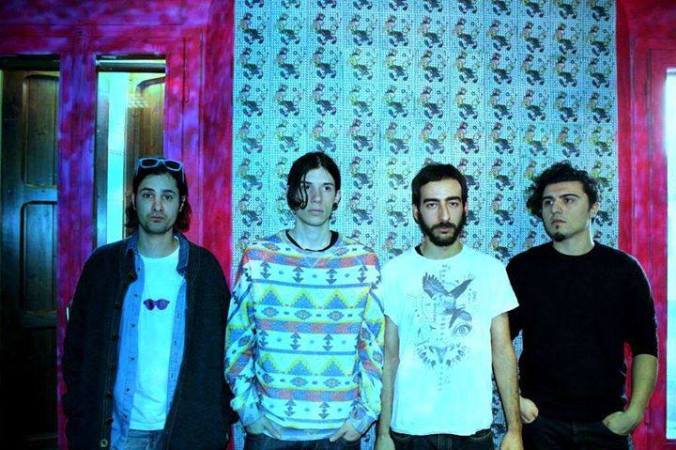 Del Chaney has spent the last two years not only fronting popular Irish Electronic duo Analogue Wave but also dedicating his time to uncovering the best artists in the Unsigned or Small Independent Label based Shoegaze, Dream Pop, Noise-Rock & Post-Rock genres of music from all over the globe & reviewing them for this blog – The Primal Music Blog. His other arm The Primal Radio Show has gained considerable respect from bands and promoters alike since its conception in 2013 & has helped him in actively promoting a genre of music that he is passionate about. He also currently writes for Canadian based online music webzine www.ReplicantEars.com. Hailing from Dublin, Ireland, he is a keen Vinyl Collector, Tattoo Fan & all round good guy! He is a self confessed music freak & is never far away from a studio console or a turntable.