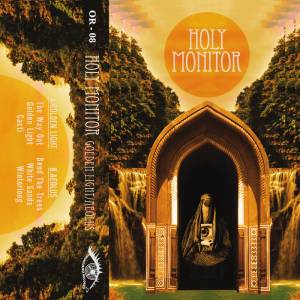 Hailing from the sunbaked Mediterranean shores of Greece, experimental neo-psych / krautrock space rockers ‘Holy Monitor’ have had both of their two previous self-released digital EP’s ( Golden Light & Aeolus) seamlessly brought together on one fantastic full length album courtesy of Virginia based independent record label ‘Ongakubaka Records’.  ‘Holy Monitor‘ blend a stunning mix of neo-psychedelic krautrock & soaring space rock with motorik rhythms and dreamy hypnotic vocalisations that collectively form soundscapes so lusciously inthralling, they will have you hooked from your very first listen. The album is available to buy/download right now with a limited number also available on cassette from: ongakubakarecords.bandcamp.com

Like a pulsating beacon of musical promiscuity the opening motorik bars of track one, ‘The Way Out’ ripple outwardly, like some magical pre-ordained mantra, as the piece meanders through throbbing bass lines coupled with hypnotic rhythmic percussive patterns, surging synth swells and a magnificent vocal attack. This is a truly wonderful opening track as it sucks you into the collective mindset of ‘Holy Monitor’ and introduces you to their blissful acid-drenched musical landscape. Up next, we’re treated to a swirling repetitive guitar line intertwined with snaking bass frequencies and another impressive vocal performance. ‘Golden Light’ is full of eastern esoteric influences as its menacing organ swells and stunning reverberation loops and arc’s throughout, painting sonic pictures and instilling shimmering atmosphere.

‘Cacti’ charges into ear shot on a bedrock of pounding drums, swirling guitars and soaring synth swells that are constantly building in tempestuous fashion and continuously circumnavigating that fragile vocal track. It builds from the off adding layer after layer of stunning instrumentation as it deftly skips along its chosen sonic path. Up next, ‘Bend In The Trees’ gracefully glides in on a droning synth progression and a highly addictive guitar line. This track bathes in swathes of stunning reverb as its hushed vocalisations take centre stage continuously urging the instrumentation to keep up with the pace. A brilliantly executed track and possibly my favourite on this entire release. Track five, ‘White Sands’ slows proceedings down a tad initially as a golden cascading organ progression enters audible range. A steady beat is added to the maelstrom before the hypnotically charged vocal arrives and we’re treated to a masterclass of neo-psychedelic discovery.

A fitting finale to a stunning release! 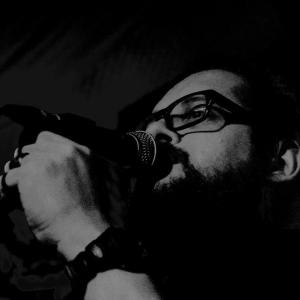