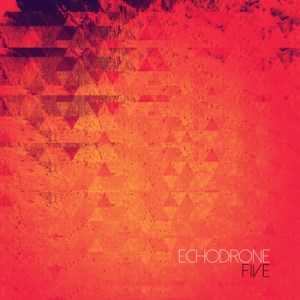 Echodrone are something of a fascination to me. I seriously assumed it was all over for the band after the release of  2012’s  brilliant album ‘Bon Voyage‘? So, when I heard that they were on the verge of releasing a brand new album, I got really excited. I’m a big fan of this band. 2015’s epic brand new 10 track release entitled ‘Five’ not only see’s the band introducing new members to their ranks but also reflects just how far they have come musically, as a collective unit. With a new impetus surrounding the construction & structure of their songwriting plus the added bonus of having a heavyweight independent record company ( Texas based – Saint Marie Records) behind them, Echodrone have crafted a stunning atmospheric soundscape full of shoegaze, dream-pop, post-rock & psychedelic promise. Hailing from San Francisco, California, Echodrone’s history spans a full 8 years on musical landscape littered with failed gazers. From their early 2007 self titled 4 track release ‘Echodrone‘, through to their epic 2010 opus ‘The Sun Rose In A Different Place‘ and on into my personal favourite album of theirs,  2012’s brilliant ‘Bon Voyage‘, Echodrone bring a added bonus to the psychedelic shoegaze & dreampop table. Traditionally they have always had immense production on every one of their releases – ‘Five‘ is no different. This is a stunningly emotive & truly awe inspiring album. It swoops & soars through sonic walls of psychedelic guitars with ease. The vocals are beautifully produced & are allowed to grow as the album plays through each track. There’s a new electronic element to the band that enhance’s the overall listening experience. This album takes you in & opens the door to another world. Its breathtakingly beautiful. We’ve picked a few of our favourite tracks from this epic release & you can read about them below.

‘Falling From Planes‘, the second track on this immense release is burst of impressive shoegaze with dream-pop flair. Building like a steam train, only to explode on the musical canvas, spewing forth sonic waves of goodness infused with swirling walls of guitar, solid bass & drum tracks, synths to die for & a brilliantly produced vocal, this track epitomises what Echodrone are about, for me! Expressive & emotive musical stories depicted in the art of gazing. It is simply Immense!

Just let our second pick from the latest release from ‘Echodrone’ entitled – ‘Five’, wash over you from it’s opening notes! ‘Glacial Place‘ soothes your soul with its atmospheric tones from the off. It’s addictive guitar lines lure you into the safety of it’s impressive walls of sonic goodness. With effected duel vocals swirling around a brilliantly executed bass line, coupled with a steady drum beat, this track yet again brings this listener to another level all-together. Instantly one of my favourite track’s so far of 2015, a year which promises to be one of the best yet for album releases, ‘Glacial Place‘ is beautiful.

Swells of sonic delight announce the arrival of a musical behemoth. ‘When The Two End Meet‘ is an absolutely immense track. A swirling maelstrom of synth lines, bass, drums & walls of effected guitar fight it out for the spaces between the vocal parts. This track is a musical battle of wills with the only winner ultimately being the listener! A truly monumental track of epic proportions. One to savour with headphones on.

You can listen to any track on this album and truly get sucked into a world of atmospheric shoegaze infused, dream-pop & psychedelic landscapes. The production work going on under the main instruments draws you in & keeps you focused on what needs to be heard. ‘Echodrone’ have found that happy medium between old school Gaze & modern day explosive Nu-Gaze! This is a truly epic release on all fronts. If, come year end, this album doesn’t make it as one of the best albums of 2015 – I’ll eat my hat! I think this band will only go from strength to strength going forward & I for one will be supporting them when they do – Bravo Echodrone!

You can find out more information about ‘Echodrone’ by following their various social media outlets: 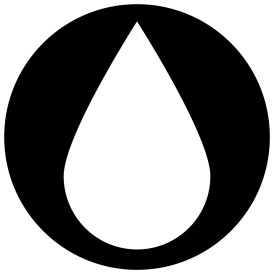 Del Chaney has spent the last two years not only fronting popular Irish Electronic duo ‘Analogue Wave‘, but also dedicating his time to uncovering the best artists in the Unsigned or Small Independent Label based Shoegaze, Dream Pop, Noise-Rock & Post-Rock genre’s of music from all over the globe & reviewing them for this blog – The Primal Music Blog. His other arm, ‘The Primal Radio Show‘, has gained considerable respect from band’s and promoter’s alike since it’s conception in 2013 & has helped him in actively promoting a genre of music that he’s passionate about. He also currently write’s for Canadian based online music webzine www.ReplicantEars.com. Hailing from Dublin, Ireland, he is a keen Vinyl Collector, Tattoo Fan & all round good guy! He is a self confessed music freak & is never far away from a studio console or a turntable.